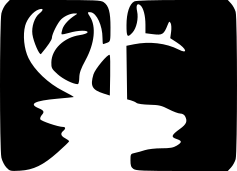 It wasn´t fun to have only 3 spectators in the Weiterstadt inside cinema (KoKi) on a sunny day so the organizers decided to move outside. »If the audience does not move to the cinema, the cinema moves to the audience« The first film shown in the open air location Braunshardter Tännchen was »Pink Floyd in Pompeji«. As it was quite a bit of work to set up the screen and the projector (placed on top of a van) the idea came up to extend the program. Some short selfmade Super-8 productions were shown beforehand. The film Festival lasted one day.

Funnily the audience was mainly enthusiastic about the selfmade productions – this was different to what was shown elsewhere. The desire to see more of this kind was fulfilled. The Festival lastet for two days.

Ever more people came to see the films and ever more film makers wanted to show their work in Weiterstadt. For the first time film makers from other places than Weiterstadt are present. The Festival got extended to 4 days.

The Festival lasts for four days, an ever increasing number of films is displayed.

The program consisted of 53 mostly Super-8-Films.

Fifty-nine Super-8 Films and one 16mm-Film. Thursday to Saturday night shows in the open air location (Braunsharder Taennchen), additionally a day program inside (KoKi) on Friday and Saturday, and a Best of program on Sunday night. Films from all over Germany are presented and some Swiss productions too.

More than 70 Super-8 Films, Thursday to Sunday night shows in the open air location (Braunsharder Taennchen), additionally a day program inside (KoKi) on Friday to Sunday. The Best of program takes place on Monday night. Films also from Yugoslavia and the Netherlands. The open-air screen gets enlarged to 35 square meters. First sponsorship by Hessen county´s film aid.

The first printed hardback agenda (before program sheets were hand-bounded). 10th anniversary. First project support by Hessen county´s film aid. For the first time video projections take place in the afternoon program. 25% of the program consists of 16mm productions. Tony Hill from the University of Derby (UK) presents »Downside Up«. This exceptional film artist who regularly visits Weiterstadt in the following years largely contributes to the Film Festival´s popularity – likewise to the public as to the experts.

After his last year´s success Tony Hill again presents several productions and multiple projections in Weiterstadt. From this year onwards films made in the UK become the second biggest contribution to the Festival after German productions. The number of performances in the agenda is strongly increasing.

Until one month before the start of the Festival it is still unsure if and how it can take place. Finally financial support arrives and the Festival performs its usual agenda at the usual locations: Thursday to Sunday night shows in the open air location (Braunsharder Taennchen) starting 20:00, additionally a day program inside (KoKi cinema) on Friday to Sunday starting at 14:00. Best of program on Monday night in the KoKi. Approximately half of the agenda still consists of films in Super-8. The number of visitors reaches 800 per day.

The number of film registrations increases to 150. Hessen county´s film aid supports the festival with DM 40000,- Super-8 productions seem to decease rapidly. Tony Hill offers a Workshop which is overcrowded; the results are presented at the end of the Festival.

The number of Super-8- registrations rises again: 96 out of 164 films are Super-8 productions, 50 are shot on 16mm, 5 on 35mm and 13 video productions. Because of the huge audience the water-closets spill out (trickle pool), in the following year the closets get conneted to the sewage water system.

The open-air location (Braunsharder Taennchen) gets equipped with a permanent projection rack. There are slightly more 16mm- than Super-8-Filme in the program, the number of 35mm films and video productions is increasing. Film makers have to get used to the fact that the probability of refusal of their works is just as high as the acceptance. A group of film makers from Kiev does not want to return home after the military coup in Ukraine, they seek to stay in Weiterstadt. Luckily the situation in their home country calmes down after a couple of days and they travel back home.

More than 200 film registrations with a total duration of 41 hours. Since the number of video productions has increased the afternoon presentations are extended from 14:00 to 20:00. A storm damages rack and screen on the open-air location but a replacement is supplied quickly. Inspite of the storm and the forced break 200 people stay the whole night.

Super-8 productions make up only a minor percentage of the entire Festival agenda, this will remain the same for the years to come. The new screen on the open-air location now measures 60 square meters.

Approximately 300 film applications attain the Weiterstadt Fim Festival. For the first time the winner movie of Ruesselsheim Satiric Shortfilm Days is presented. Hessen county´s film aid supports the Festival with DM 48000,- which is the all-time high.

Hessen county´s film aid is reduced to DM 40000,- For the first time the Festival receives commercial sponsorship. 300 films are sent in (among this number some collective film packages of up to 20 productions from film high schools). In a retrospective 30 years of Super-8-Film (1965-1995) is celebrated. In an English movie magazine the Weiterstadt Film Festival is called »Woodstock of Shortfilms«, this name will often be used onwards.

The time frame reaches today´s volume. The Sunday late-night movie does not start until 25:00 o´clock, the afternoon programm runs from 13:00 bis 19:30 o´clock. Approximately 350 films are registered with a total duration of 58 hours. A retrospective with highlights of the early years is shown on the occasion of the 20th anniversary. »Quest« is the 4th film in the history of the Festival to win the Oscar half a year later. Hessen county´s film aid is reduced to DM 36000,-

374 films from 24 countries apply, 167 films get registered. Hessen county´s film aid is reduced to DM 30000,- For the first time there are more 35mm than 16mm productions in the night program. On Saturday night a Super-8 competition is introduced, the audience chooses the best Super-8 movie and besides the trophy, the Weiterstädter Filmhirsch (Weiterstadt´s film deer) the winner receives raw Super-8 stock inclusive processing. The idea behind is to back up this almost extinct format that once founded the Weiterstadt film Festival.

503 films applying from 29 countries are a big challenge for the selection committee. The reduction of Hessen county´s film aid to DM 25000,- is compensated by various new sponsors like Software AG und MBF Filmtechnik along with the already existing sponsors Darmstaedter Brauerei and Kinotechnik Stumpf. Skoda Cars could be won as a cultural partner. Nevertheless the festival stays in financial shortage. The total amount of visitors ranges between 8000 and 9000.

543 films applying from 39 countries keep the selection committee busy for 157 hours of pure film length, not including the time to discuss the films. 169 Filme get registered for the program. For the first time the USA provides the second largest contingent, the UK falls back on rank 3. The afternoon performances are moved to a circus tent on the the BMX area next to the open-air location (Braunshardter Taennchen). This new tent is met with enthusiasm likewise from audience, film makers and the press. Hessen county´s film aid supports this project with additionally DM 24800,- For the first time there are parallel performances in different locations where carefully selected long form films are employed in order to address different groups of spectators. The total amount of visitors exceeds 9000 inspite of the modest weather on Saturday night. Amongst the Festival´s guests staff people from other festivals and countries like Milano / Italy und Tampere / Finland show up. Film makers of different European countries and the USA are present. The open-air screen gets enlarged to 72 square meters.

Films are sent in from 46 countries with the surprising tendency that more filmic (35mm, 16mm, few Super-8) than video productions apply. Probably video film makers now deal with new digital media and the internet. Besides the USA and the UK, the Netherlands become a strongly represented nation as to the application and the approval of their productions. In the discipline of long-form films the festival as well receives more and more international applications, amongst these films starring Richard Chamberlain, Willem Daffoe and Patsy Kensit, which could not be accepted due to lack of time. The program features numberous world premieres e.g. »The Egg« from Taiwan, European premieres e.g. »My American Grandmother« (Irak/USA) and German premieres e.g. »Death of a Dog« (USA, Director: Paul Hipp, Production: Abel Ferrara). 71 films out of 211 are accompanied by their makers in order to present their work personally in Weiterstadt. They come from Taiwan, USA, Romania, Slowakia, the UK, Italy and the Netherlands. The previous year´s structure with film tent, parallel performance in the inside cinema (KoKi) is maintained and details are refined. The projection rack on the open-air location is remodelled. The 4th Super-8 competition for the “Weiterstaedter Filmhirsch“ trophy takes place, as always spectator´s choice. The financial situation is tough as ever before, Philips is won as an additional sponsor. For the first time besides to the children´s short film program in the tent on Saturday morning, an adolescent preformance takes place on Friday morning adressing school classes. Besides the unusual films, they are taught about the festival´s organization and the making of by the film makers themselves. The strong increase of short film sites in the internet brings a hightened number of film purchasing agents to Weiterstadt.

25th anniversary. Hessen county´s film aid is reduced by DM 12000,- For the first time after many years the number of Super-8 productions is considerably increasing. The festival receives a total of 536 films from 43 different countries – amongst them a number of collective parcels from film high schools, like e.g. the school of arts and media, Cologne, sending in 22 films. The number of films produced in Hessen county considerably declines from 134 in 2000 to less than 100 in 2001. 185 films are approved for the festival´s program, 85 of them are accompanied by their makers from Germany, Czech Republic, Slowakia, Slowenia, Romania, Danmark, the UK, France, Venezuela and Iran. The 5th Weiterstädter Filmhirsch trophy for the best Super-8 production is won for the second time by Michael Götz for his film »Hänsel«. Many of the festival´s films get rewarded in the following year, e.g. »For the Birds« (Oscar for best animation-short film, March, 2002), »Staplerfahrer Klaus« (exground short film award, November 2001 / Short film award German film critics, 2002), »Flatsch« (2nd winner of Satiric short film days, Rüsselsheim, June 2002 – the 1st winner, »Tour Eifel«, was shown already on the 24th Open Air Filmfest Weiterstadt in 2000) and »Zadnja vecerja« a long form movie from Slovenia (Director´s award »goEast«, April 2002)